The Third Largest Atoll in The World 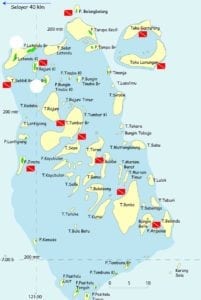 Takabonerate National Park is a coral reef ( atoll ) the largest in Indonesia, even in Southeast Asia with a very high level of biodiversity. Located in the Coral Triangle Intiative ( CTI ), this area is a habitat for many rare marine life and protected. Not excessive when marine resources in the area located in District Takabonerate, Selayar Islands regency, South Sulawesi, this makes it a natural tourist destination and nautical very interesting.

Besides touted as the largest atoll in Southeast Asia, Taka Bonerate National Park is an area the third largest atoll in the world after Kwajalein in the Marshall Islands and the Maldives Suvadiva. The total area of ​​this national park is 530,765 hectares, of which 220,000 hectares is a stretch of atolls and coral reef lagoon with a distribution of 500 km ².

In addition to the atoll, the park consists of 21 islands where the 7 islands of which are inhabited by the population of the Bajo, Bugis, Selayar, Buton and Flores. This area is also a habitat for many species of birds, ranging from land-birds, coastal birds and sea birds frolic in a lot of sand dunes.

Clear sea water offers a good view of the variety of coral reefs on the seafloor, slope, also in the wall that stands majestically on the ocean floor. Beauty invites the novice diver or a professional diver to see the beauty beneath the sea has to offer. There are approximately 242 species of coral, 526 species of colorful reef fish and 112 species of macro algae inhabit this region. The divers will also be able to swim and be closer to the dolphins, turtles, stingrays, and even sharks or the occasional whale. And prepare to be enchanted by the giant gorgonian fans, black corals, scorpion fish, nudibranchs, tuna, trevallies, napoleon wrasse, and many others. Underwater national park can also be a place to meet hawksbill turtle ( Eretmochelys imbricata ), the Pacific leatherback turtle ( Lepidochelys olivicea ), and green turtle ( Chelonia mydas ). With all the potential and biodiversity owned, Taka Bonerate be regarded as one of the regions with the highest marine biodiversity in the world. 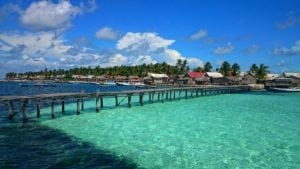 This national park has more than 50 fantastic dive sites, which are Tinabo Island, Island Tinanja, Kahabia Island, Pinto, and Taka Lamungan. The best time to dive is between April to mid- May and mid- October or November when the wind sometimes blows East gentle and do not result in large waves. The wind was blowing fair from October to May. However, during the west monsoon, the wind can make high waves up to two meters or more. All ferries will stop operating at the time of the dangerously high waves.

DAY 1 : ARRIVAL MAKASSAR – CITY TOUR (L,D)
Upon arrival at Hasanuddin International Airport Makassar ( by morning flight), tour participants will be picked up by the tour guide and then go directly to the National Park Bantingmurung to enjoy the beauty of nature in Maros, South Sulawesi. Bantingmurung also is one of the sanctuary for various types of Butterflies and some of them are Kupu Kupu Endemic of Sulawesi. Lunch will be at aturkan in Eating Local in Makassar. After lunch, continue the city tour, visiting Fort Rotterdam ( Fort which was built in 1545 or King of Gowa X, Port Paotere as one of the traditional port in Makassar with traditional boats boats lined Phinisi legendary boat in the world. Afternoon, transfer to hotel for check -in. evenings, at 7 pm, will be picked up dinner at RM Seafood Lae Lae special Makassar. And transfer back to the hotel. 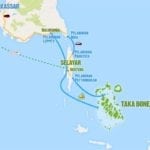 After breakfast, transfer to the airport for your flight to the island Selayar. Arriving at Selayar, picked up by our team and in the conductance for lunch at a local restaurant. After lunch, drive to the Port Patumbukan with mileage less than 1.5 hours from Benteng City of Selayar. Arrived at the Port Patumbukang, set off by using Tinabo Island Charter Boat Takabonerate Islands which will take approximately 3 hours. Arrive in Takabonerate of Tinabo Island, check in at Tinabo Resort for overnight. DAY 4 : TAKABONERATE DIVING / SNORKELING TOUR
After breakfast, second day of Takabonerate Diving. Your Dive Guide will bring you the other side of the island or atoll and schedule during morning and afternoon to explore the third biggest atoll in the world. Lunch and Dinner will be served at Tinabo Resort, Takabonerate Island. 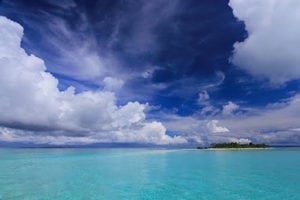 DAY 5 : TAKABONERATE ISLAND – SELAYAR – MAKASSAR ( B, L )
After breakfast, you will be transferred to Selayar Island by boat to continue your journey back to Makassar using Avistar Airline. Arriving in Makassar, transit to travel to the next town.

Should there be any futher questions, please do not hesitate to contact us to discuss about your requirement of tours you needed for your Holiday in South Sulawesi. E-mail us NOW for any of your inquiries !